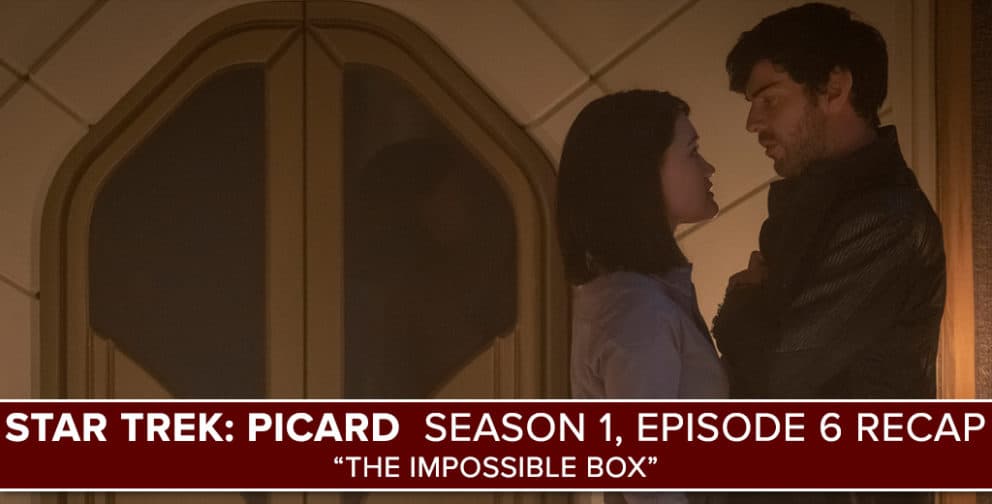 With gentle hands and open ears, Jessica Liese (@HaymakerHattie) and Mike Bloom (@AMikeBloomType) have opened their Romulan toy box to a wallop of an episode of Star Trek: Picard.

The two get into all “The Impossible Box” has to offer, as the crew go to and from the Artifact Borg Cube. As Picard faces his trauma, Soji’s dreams lead to a horrifying reality check, and two unexpected characters find themselves in each other’s embrace after a bout of emotional turmoil.
Jess and Mike will be bringing recaps of Star Trek: Picard every weekend throughout season one. For feedback on the episodes, reach out to them or @PostShowRecaps on Twitter or email [email protected]com.