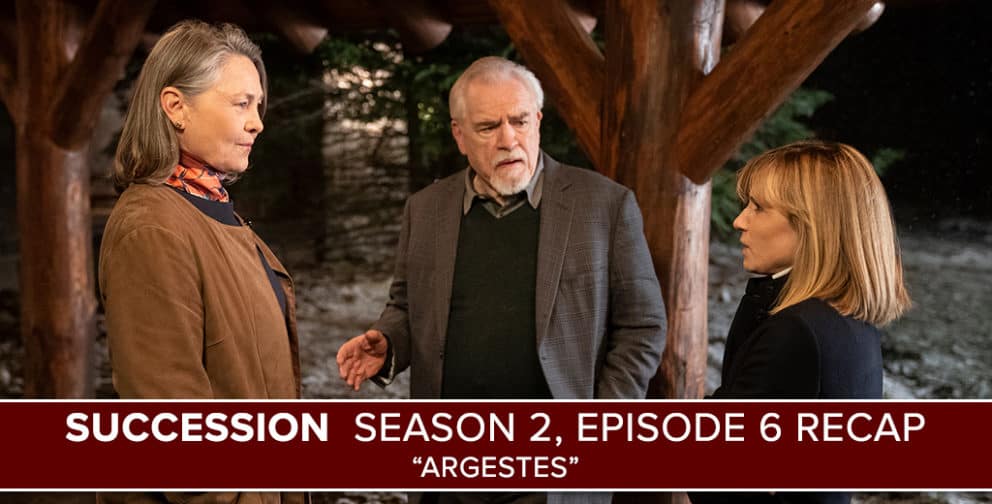 Josh Wigler (@roundhoward) and Emily Fox (@emelette), aka the MySpace of Succession podcasters, are back with a very late recap of season two, episode six, “Argestes.”

In “Argestes,” Logan Roy (Brian Cox) finds his impending deal with Nan Pierce (Cherry Jones) on the edge of implosion, thanks to scandalous skeletons spilling out of the Waystar cruise line’s closet. Logan’s three children all do their best to help the situation, but “help” is a loosely defined word when connected to Kendall (Jeremy Strong), Roman (Kieran Culkin) and Shiv (Sarah Snook). Sparks fly, and so do fists, as Logan’s already tenuous grasp slips to its weakest position in weeks.

Josh and Emily size up the fallout from “Argestes,” pick apart some recent interview quotes from Brian Cox, get into your feedback (which you can send along by writing in using our feedback form) and much more.

Additional reading from the show: