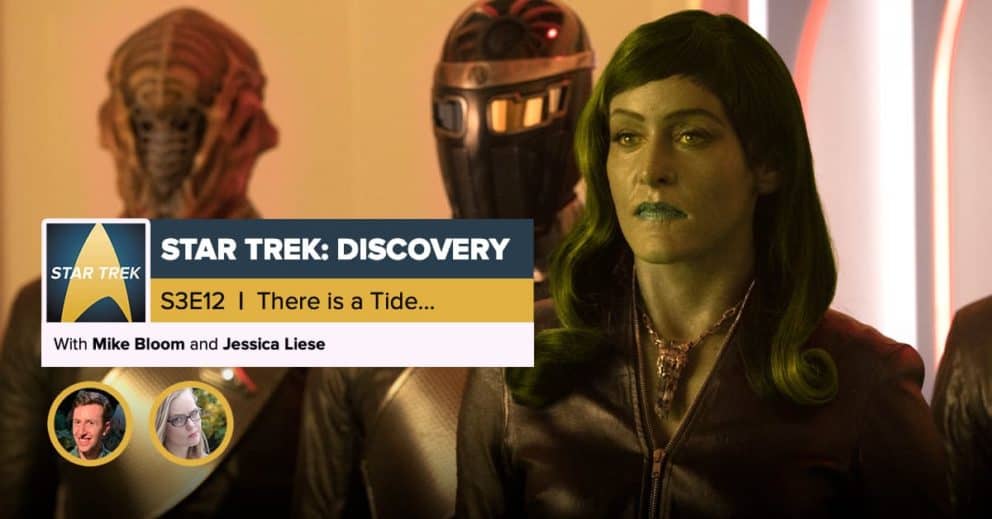 Jessica Liese (@HaymakerHattie) and Mike Bloom (@AMikeBloomType) now have a phaser to talk about this week’s episode of Star Trek: Discovery. Ho ho ho…
“There is a Tide…” has Michael, Book, and the Discovery crew attempting to take the ship back from the Emerald Chain, leaving a slew of Die Hard references in their path. Meanwhile, Osyraa infiltrates Federation headquarters for a sitdown with Admiral Vance, as we discover more about the heart that beats under that green skin.
Jess and Mike will be bringing recaps of Star Trek: Discovery every weekend throughout season three. For feedback on the episodes, reach out to them or @PostShowRecaps on Twitter or email [email protected].
About Star Trek: Discovery…
After following Commander Burnham into the wormhole in the second season finale, season three of Star Trek: Discovery finds the crew of the U.S.S. Discovery landing in an unknown future far from the home they once knew. Now living in a time filled with uncertainty, the U.S.S. Discovery crew, along with the help of some new friends, must work together to restore hope to the Federation.