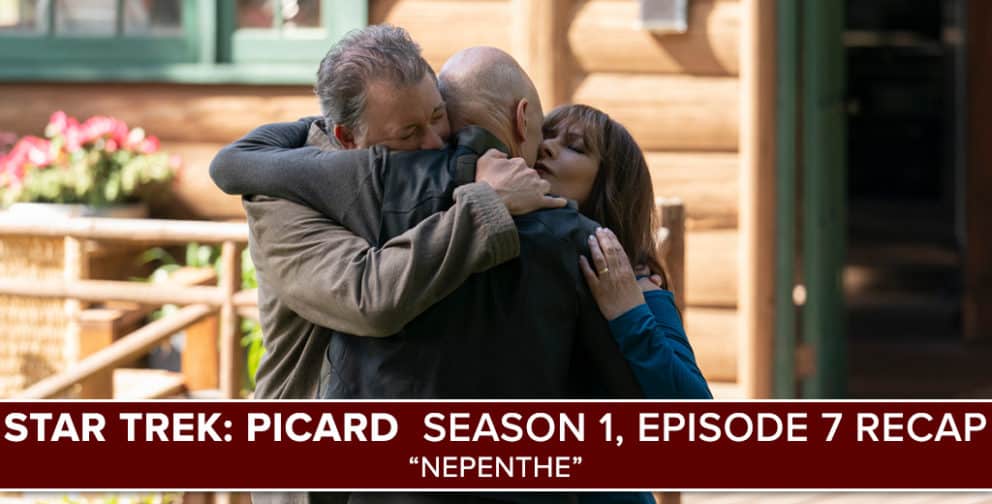 Jessica Liese (@HaymakerHattie) and Mike Bloom (@AMikeBloomType) are willing to take in Viveen and eleven other languages about how much they loved this week’s episode of Star Trek: Picard, entitled “Nepenthe.”

The two get into “Nepenthe,” the show’s most emotional hour yet. It’s a blast from the past as William Riker and Deanna Troi make their Picard debuts, helping their former captain in his hour of need. Elsewhere, Dr. Jurati’s guilt begins to fester, and a shocking death puts a somber note on the proceedings.