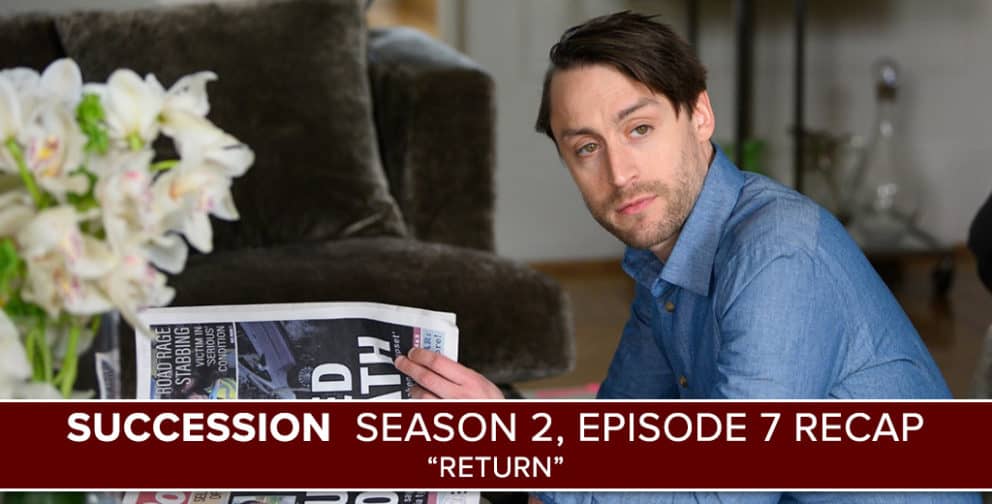 Josh Wigler (@roundhoward) and Emily Fox (@emelette) record themselves burning it all down as they talk about Succession season two, episode seven, “Return.”

In “Return,” Logan Roy (Brian Cox) takes his number one and two boys Kendall (Jeremy Strong) and Roman (Kieran Culkin) on a trip abroad to free up some change in the endless quest to avoid their impending corporate doom. Another guest comes along for the ride: Rhea Jarrell (Holly Hunter), accompanying Logan in both professional and personal capacities. Logan leans on Rhea to help him solve his issues with Shiv (Sarah Snook), and also leans on Kendall in a way that very nearly breaks the already broken man. Back in the United States, Tom (Matthew Macfadyen) and Greg (Nicholas Braun) commit crimes.

Josh and Emily hop into all of that and much more in their latest Succession recap. Send feedback for their next podcast by reaching out on Twitter and also through our feedback form.