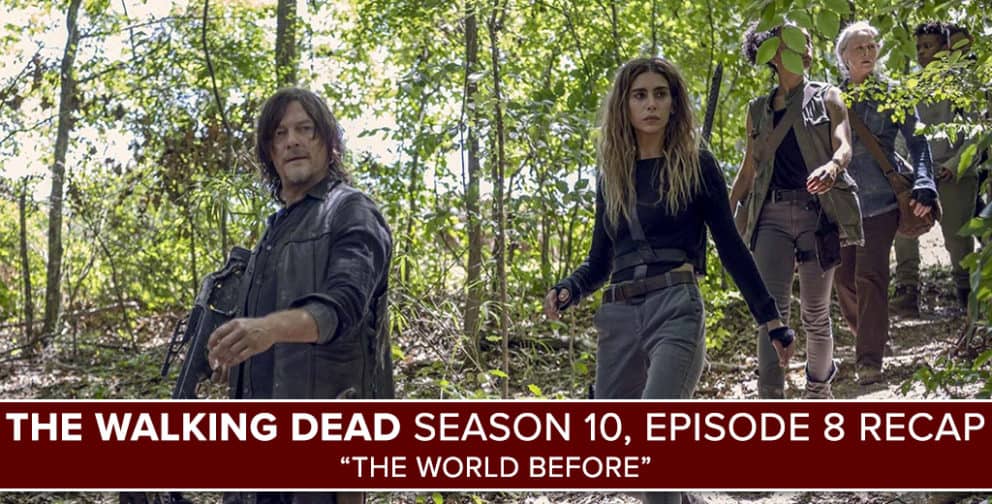 The Walking Dead | Season 10, Episode 8 Recap: “The World Before”

Josh Wigler (@roundhoward) and Jessica Liese (@HaymakerHattie) chart a course for Bloodsworth Island and find themselves trapped in a cave filled with zombies instead.

In their discussion of season 10, episode eight, “The World Before,” Josh and Jess get into the midseason finale, in which all hell breaks loose. By “all hell,” of course, we mean a zombified fan-favorite nearly eats a baby, a confounding villain meets his maker, Michonne (Danai Gurira) sails off for a new world in an attempt to defeat the Whisperers, while Daryl (Norman Reedus) and friends end the half-season surrounded by flesh-hungry walkers in a subterranean lair.

Josh and Jess dig into all of those storylines and more, engage in listener feedback, and dive into the spoiler-filled comic book zone as well. Comic book spoilers kick in around the 59 minute mark.