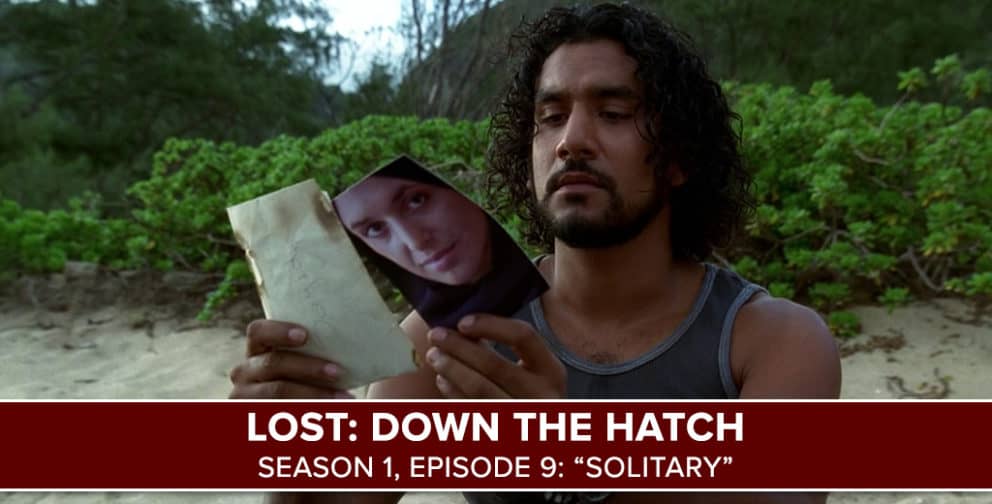 Josh Wigler (@roundhoward) and Mike Bloom (@AMikeBloomType) are pleased to welcome you to the first ever Island Open, as they dive headlong into Lost season one, episode nine, “Solitary.”

In “Solitary,” Sayid Jarrah (Naveen Andrews) explores the island amid his period of self-imposed exile, still ashamed over torturing Sawyer (Josh Holloway). He discovers a cable on the beach, which brings him on a collision course with the mysterious French woman Danielle Rousseau (Mira Furlan), the first non-Oceanic survivor introduced in the Lost mythos. In a series of flashbacks, Sayid recalls falling in love with Nadiya (Andrea Gabriel), and the sordid path they traveled during their time together.

Meanwhile, the rest of the Oceanic 815 survivors become obsessed with a new island mystery: the curious case of the new golf course. Hurley (Jorge Garcia) has taken it upon himself to set up a tournament in order to take everyone’s minds off of their awful situations. It’s an early sign of his eventual leadership status, as even Jack (Matthew Fox) can’t help but crack a smile.

“Solitary” was directed by Greg Yaitanes and written by David Fury. It first aired on November 17, 2004.

The 23 Points Character Tracker, as of “Solitary” …