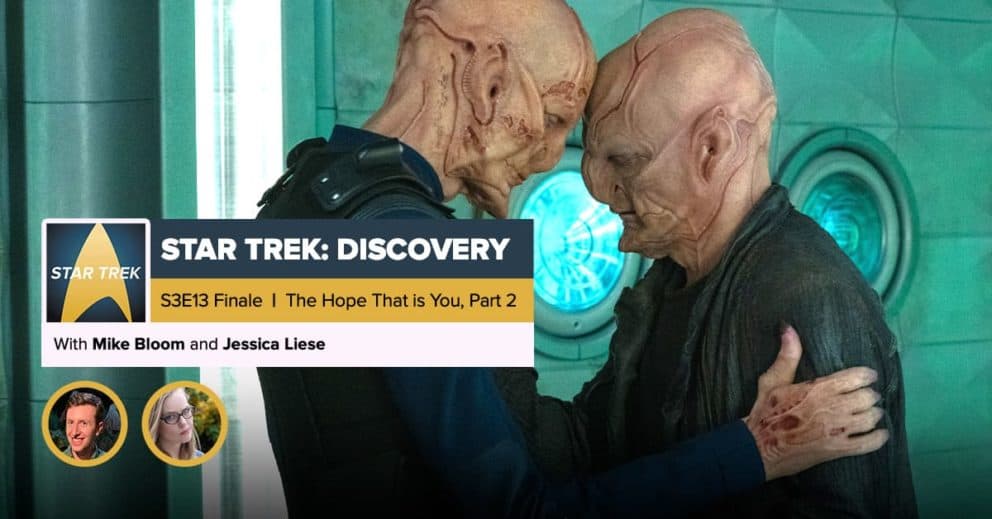 Jessica Liese (@HaymakerHattie) and Mike Bloom (@AMikeBloomType) have pulled themselves out of death by programmable matter to deliver one final shot to Star Trek: Discovery season three.

“That Hope is You, Part 2,” the season finale, continues Michael Burnham and the crew’s journey to retake the ship from the clutches of Osyraa and the Emerald Chain. And they need to hurry, as Saru as the away team continue to negotiate the situation within the Verubin Nebula. It’s an action-packed conclusion full of stunts and surprises, as Star Trek faces a hiatus as long and empty as a turbolift shaft.

Thank you for listening all season long! Jess and Mike will be back to cover whatever comes next for Star Trek whenever the opportunity comes.