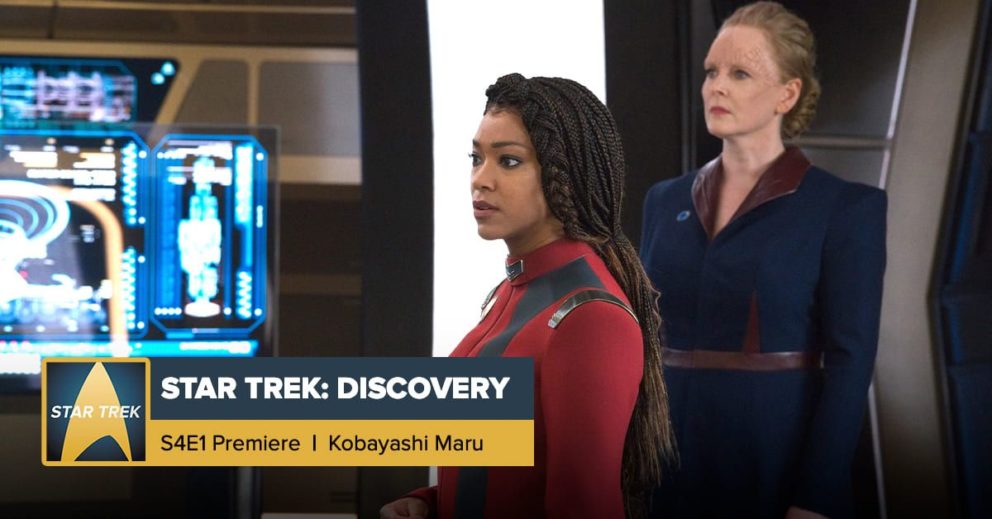 A new season of Star Trek: Discovery has arrived, and it’s time to go to black alert and beam Post Show Recaps’ coverage into your ears, courtesy of your co-captains Jessica Liese and Mike Bloom!
This week, Mike Bloom (@AMikeBloomType) and special guest Brendan Fitzpatrick (@FitzyBrendan) break down all the setup and action from the season 4 premiere. “Kobayashi Maru” picks up 5 months after season 3, as Michael Burnham is still figuring out her new role as captain, plus a new face in the Federation president. But a big mystery lurks on the surface, producing literally explosive results.
Jess and Mike will be bringing recaps of Star Trek: Discovery periodically throughout season four. For feedback on the episodes, reach out to them or @PostShowRecaps on Twitter or email [email protected].
About Star Trek: Discovery…
Season four of Star Trek: Discovery finds Captain Burnham and the crew of the U.S.S. Discovery facing a threat unlike any they’ve ever encountered. With Federation and non-Federation worlds alike feeling the impact, they must confront the unknown and work together to ensure a hopeful future for all.