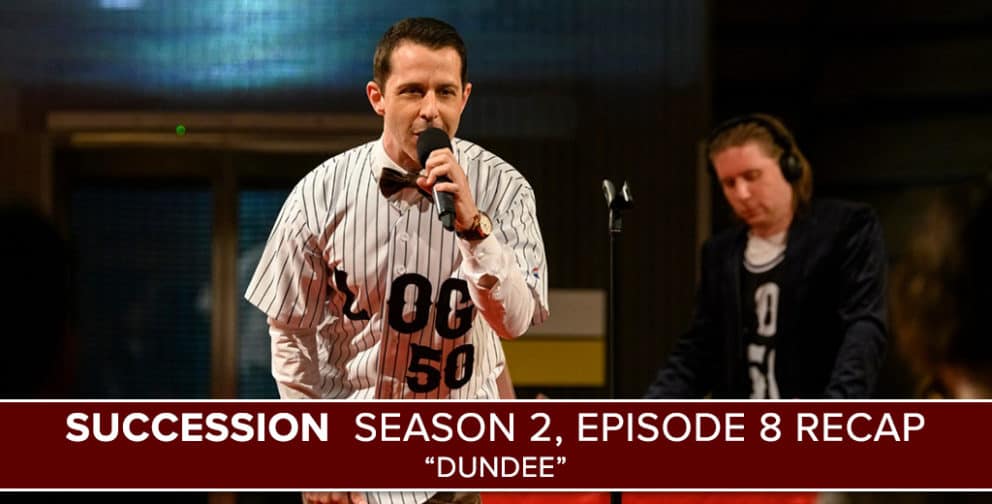 Surprise! Josh Wigler (@roundhoward) welcomes Domenick Abbate (@Domenick_Abbate) to the Succession podcast, for a trip down memory lane in “Dundee.”

In “Dundee,” Logan Roy (Brian Cox) comes home, in an example of art imitating life. (Both Roy and Cox were born and raised in the titular Dundee, Scotland.) It’s a bittersweet homecoming, with a strong emphasis on the bitter, as Logan becomes disenchanted with Rhea Jarrell (Holly Hunter), but not enough to block her ascension within the company. Meanwhile, even Shiv (Sarah Snook) comes around to the idea of Rhea running the ship, if only for now, and if only because a big storm is a-comin’. Then there’s the whole matter of Kendall Roy (Jeremy Strong) rapping in honor of his father. Try making it the rest of the week without “L to the OG” popping up in your brain.

Josh and Dom weigh in on all those subjects and more (and in this case, more means The Flamingo Kid with Fisher Stevens as well as Dom’s recent unfortunate encounter with an occasional friend of the podcast), with the help of listener feedback, which you can always submit on Twitter or using our feedback form. Emily Fox (@emelette) will return to the podcast in next week’s deep dive into the penultimate episode.