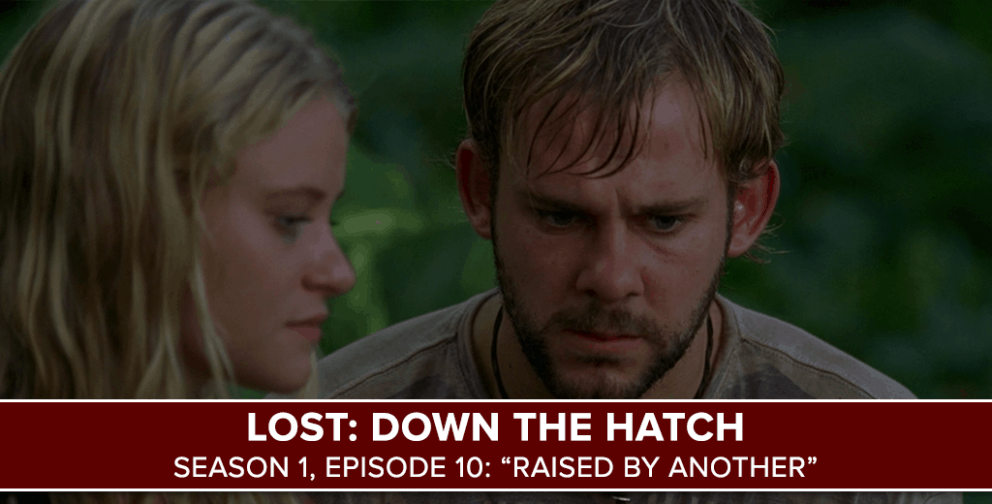 Josh Wigler (@roundhoward) and Mike Bloom (@AMikeBloomType) take a trip to the psychic to talk through “Raised By Another,” the first Lost episode focused squarely on Claire Littleton (Emilie de Ravin).

In “Raised By Another,” Claire suffers from strange night terrors, both dreamlike and all too real. She swears she’s being attacked, leading some to immediately rush to her aid, such as Charlie (Dominic Monaghan) and Hurley (Jorge Garcia), the latter of whom sets off on a mission to identify all the Oceanic 815 survivors via census. But others in the camp — namely, Jack (Matthew Fox) — aren’t so sure about Claire’s claims of an attack in the night. Her fears are confirmed to be all too real in horrifying fashion at the end of the hour, as she and Charlie find themselves at the mercy of Ethan Rom (William Mapother), the first ever Other introduced in Lost lore.

Off the island, Claire learns about her pregnancy and finds herself abandoned by her terrible boyfriend Thomas (Keir O’Donnell), then somehow falls into even stranger circumstances thanks to Richard Malkin (Nick Jameson), a psychic who may or may not actually have psychic abilities.

“Raised By Another” was directed by Marita Grabiak and written by Lynn E. Litt. It first aired on December 1, 2004.

The 23 Points Character Tracker, as of “Raised by Another” …

The 4.2 Star Episode Rankings, as of “Raised by Another” …