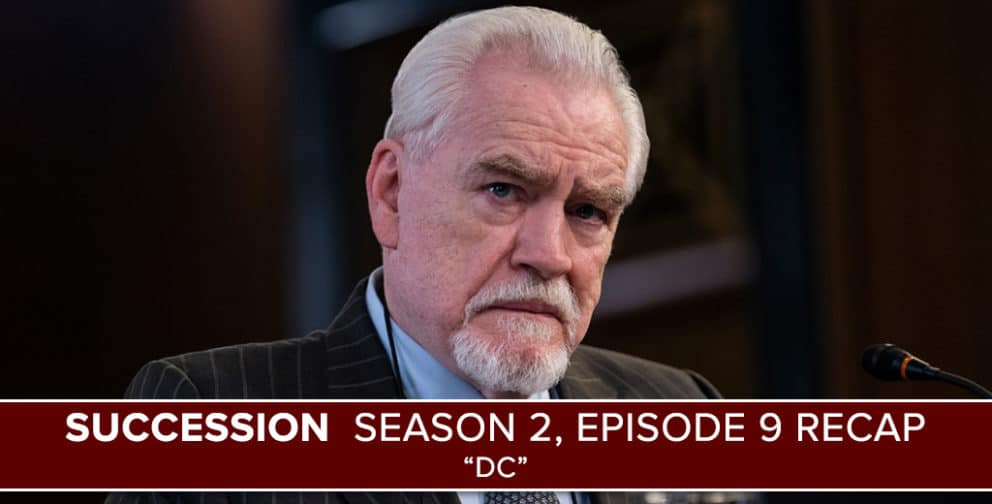 You can’t make a Tomelette without breaking a few Gregs, and you can’t have a podcast about the Succession season two penultimate episode without Emily Fox (@emelette). After a week off, Emily is back on the podcast with Josh Wigler (@roundhoward) to take on “DC.”

In “DC,” the Roys go to Washington, and it does not go well. Logan (Brian Cox) barely keeps it together during the hearing about the cruise scandal, and leaves Kendall (Jeremy Strong) with the unenviable job of speaking on his father’s behalf. Meanwhile, Shiv (Sarah Snook) is called into action to save the company, and Roman (Kieran Culkin) is far away from the political action — but sadly, way too close to some literal action.

This week’s podcast sees Josh and Emily answering listener feedback and taking a look ahead at the season two finale with some predictions. What’s going to happen to the Roys? Who is “the blood sacrifice,” and what on Earth are we going to do if its Greg (Nicholas Braun)? Josh and Emily address all of that and more. Get your questions in for the season finale recap by using our Feedback form, or by sending us your comments and reactions on Twitter.