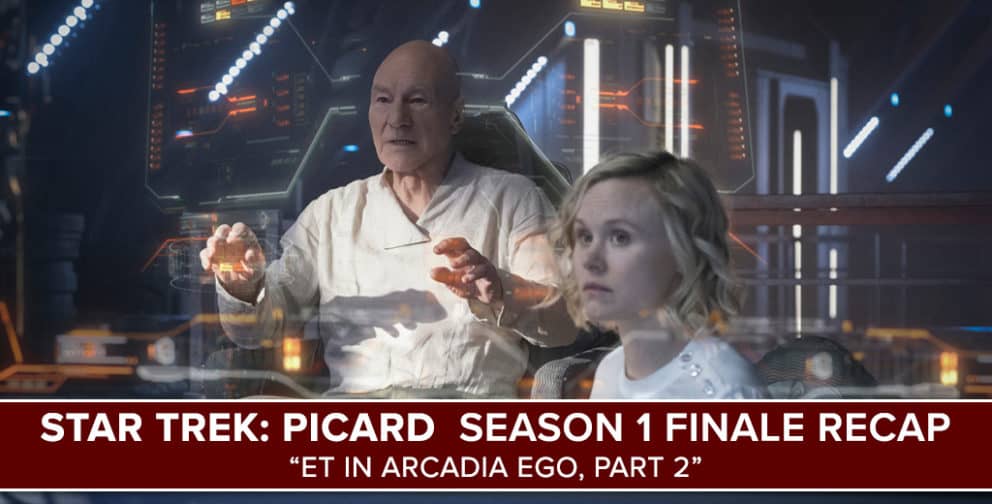 All good things must come to an end, and Jessica Liese (@HaymakerHattie) and Mike Bloom (@AMikeBloomType) are content to see nothing but blue skies from now on as they conclude the first season of Star Trek: Picard.

Picking up right where last week’s part one left off, “Et in Arcadia Ego, Part 2” wraps up the big storylines and character moments from the past ten installments. It’s an episode chock full of tense stand-offs, unlikely pairings, and an emotionally powerful conclusion years in the making. The two get into it all, plus give their overall thoughts on Picard‘s first season, as well as where they could boldly go in season two.

Thank you for listening to our Star Trek: Picard recaps all season long! Jess and Mike will return to talk Star Trek with either a wrap-up of the upcoming Star Trek: Lower Decks animated series, or episodic recaps of Star Trek: Discovery season 3.