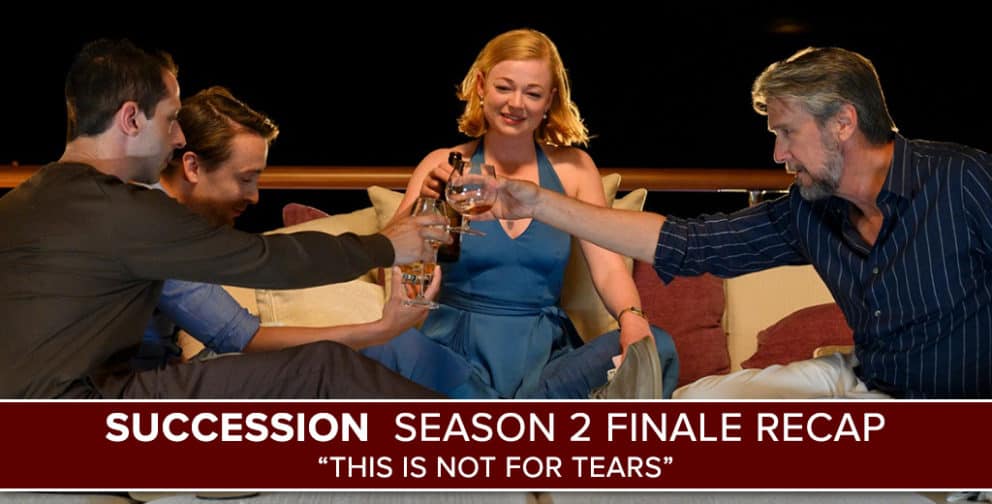 Succession | Season 2 Finale Recap: “This is Not For Tears

Josh Wigler (@roundhoward) and Emily Fox (@emelette) were going to podcast about the Succession season two finale, “This is Not For Tears,” completely on their own — but in the last minute, they decided to flip the script and invite their cousin Ben, now operating under the name Bendall Roy.

In “This is Not For Tears,” the “blood sacrifice” stands revealed: Kendall Roy (Jeremy Strong), second eldest son of Logan Roy (Brian Cox). But Kendall does not go quietly into the night; instead, he reveals himself as “a killer,” and reveals his father as “a malign presence” for all the world to see.

Kendall’s shocking reversal sets the stage for an even more turbulent third season, with several questions remaining about exactly how the next year of Succession takes shape. Was this Kendall lashing out against his father in a way Logan could finally respect? Was it all part of Logan’s master plan? Those questions and many more are weighed in the finale recap as Josh, Emily and Ben dig into feedback and their own theories about Logan’s smile, the Greg sprinkles, Tom and Shiv’s collapsing marriage and much more.