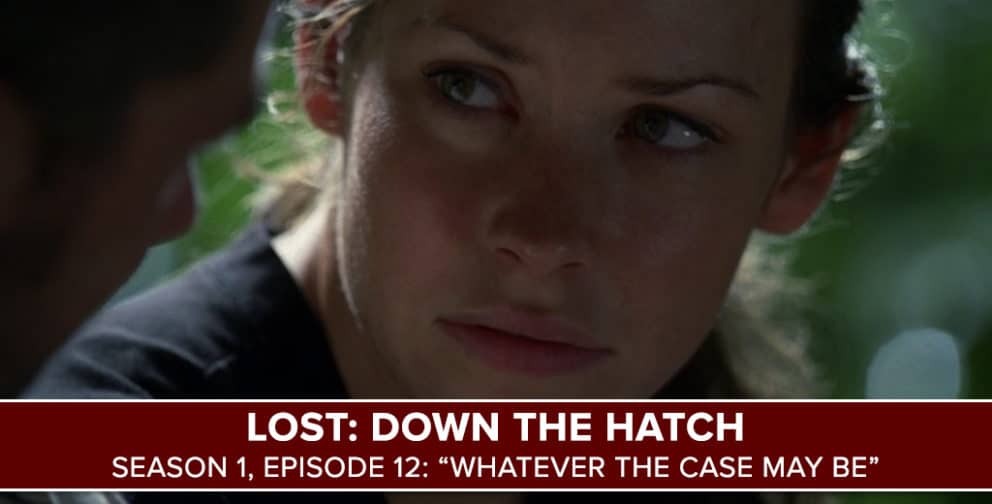 Josh Wigler (@roundhoward) and Mike Bloom (@AMikeBloomType) go swimming with their jeans on as they try to open up “Whatever the Case May Be,” the current title holder for worst episode in LOST history.

Are the rumors true? Is “Whatever the Case May Be” really the worst episode in LOSThistory? Almost definitely not! Josh and Mike begin their deep dive into the episode with a look at the circumstances leading into the episode’s creation, and how that helps explain some of its more uneven aspects.

Then, Josh and Mike dig into the plot: Kate Austen (Evangeline Lilly) finds a mysterious case on the island, and obsessively tries to open it, keeping all others from finding out its true contents — specifically, the toy airplane that belonged to “the man [she] loved,” who also happens to be “the man [she] killed.” In flashbacks, we discover the circumstances that led to Kate finding the airplane… sorta. Not really, honestly. It’s just a bank heist that probably did not need to go down. Anyway, we’ll talk about it!

“Whatever the Case May Be” was directed by Jack Bender and co-written by Damon Lindelof and Jennifer Johnson. It originally aired on January 5, 2005.

The 23 Points Character Tracker, as of “Whatever the Case May Be” …

The 4.2 Star Episode Rankings, as of “Whatever the Case May Be” …