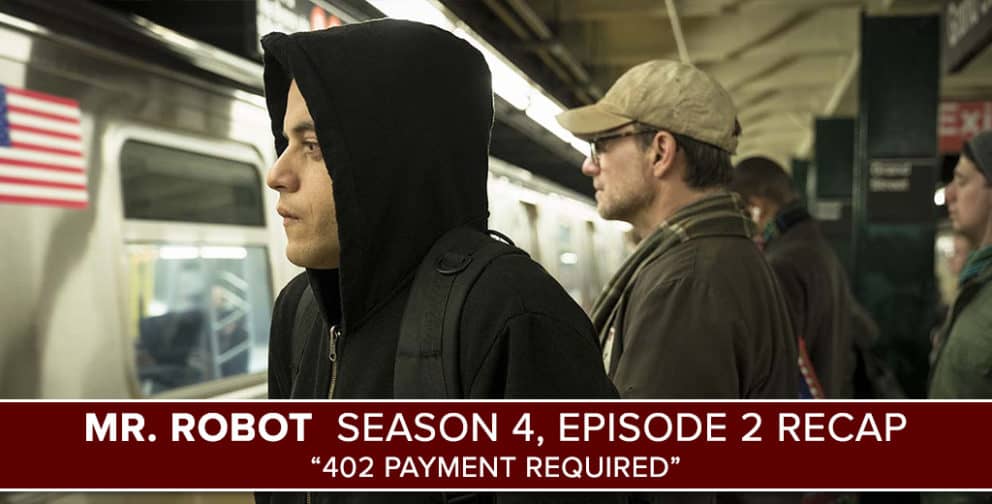 Josh Wigler (@roundhoward) and Antonio Mazzaro (@acmazzaro) have been recapping Mr. Robot for years now, and now, they can finally reveal their big secret in their recap of “402 Payment Required”: there was a third co-host the entire time.

Jokes, of course! But seriously … who is “The Other One, guys?!?! It’s a huge reveal that comes at the end of “402 Payment Required,” the second installment of the fourth and final installment, in which Elliot (Rami Malek) and Darlene (Carly Chaikin) reckon with the recent death of their mother. In the process, the siblings Alderson becomes closer to the point of joining forces in the crusade against Whiterose (BD Wong), with Darlene making a nonchalant but staggering revelation along the way: Elliot and Mr. Robot (Christian Slater) are not alone. As Yoda would say: “There is another.”

Josh and Antonio spend a significant amount of time hopping right into that mind-bending mystery, drawing on Josh’s recent conversation with creator Sam Esmail for answers. They lay out a theory for why we as an audience may be closer to Elliot’s story than we ever realized, plus they weigh in on the developing alliance with Phillip Price (Michael Cristofer), the continued fall from grace for Dom DiPierro (Grace Gummer), and much more.

Send your questions and feedback every week to our email address or by reaching out on Twitter.