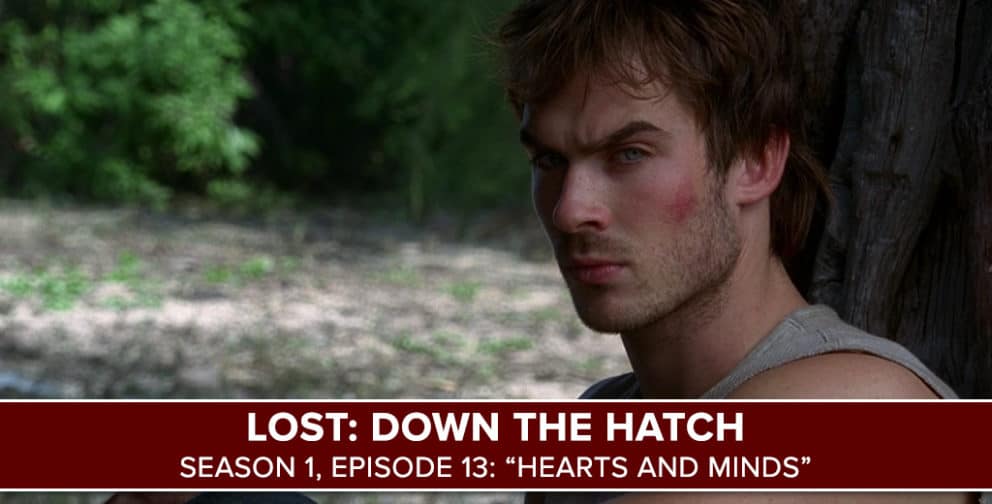 Josh Wigler (@roundhoward) and Mike Bloom (@AMikeBloomType) apply some strange sesame paste to their open wounds in order to properly trip on through “Hearts and Minds.”

The first (and only!) flashback focused squarely on Ian Somerhalder’s Boone, “Hearts and Minds” focuses on the wedding empire prince’s journey down to Sydney in order to save his sister Shannon (Maggie Grace) from an abusive boyfriend — except that’s not the full story, on a few fronts. On the island, Boone once again finds himself tasked with rescuing Shannon — but again, not the full story.

“Hearts and Minds” is often remembered as the episode where Boone and Shannon’s sibling rivalry becomes something else entirely, but is that a fair place in history, or is there more to the story here? Josh and Mike investigate that question as they dig into the Boone of it all, as well as the breakout storylines for so many of the other characters: Jack (Matthew Fox), Locke (Terry O’Quinn), Hurley (Jorge Garcia) and more.

“Hearts and Minds” was directed by Rod Holcomb and co-written by Carlton Cuse and Javier Grillo-Marxuach. It originally aired on January 12, 2005.

The 23 Points Character Tracker, as of “Hearts and Minds” …

The 4.2 Star Episode Rankings, as of “Hearts and Minds” …