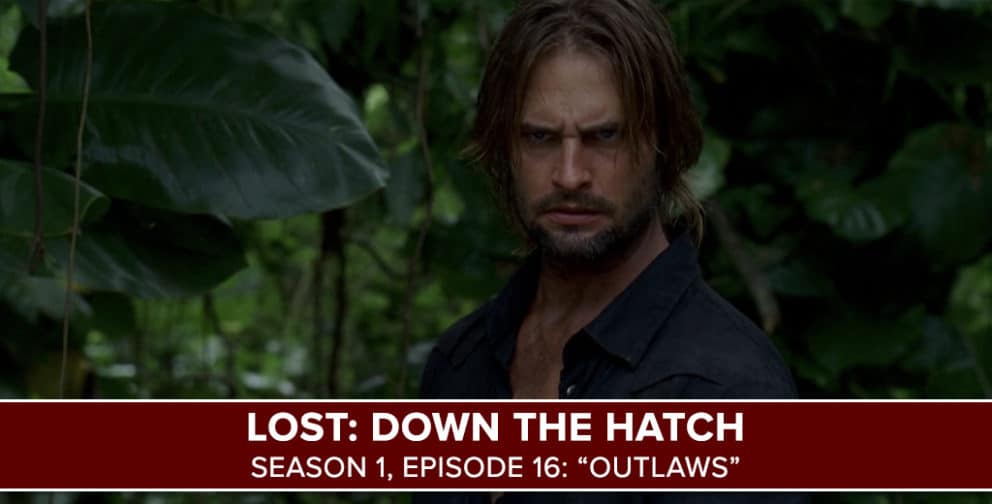 Josh Wigler (@roundhoward) and Mike Bloom (@AMikeBloomType) become boar experts and “Outlaws” in their latest episode of the LOST rewatch.

In “Outlaws,” Sawyer (Josh Holloway) undertakes two missions of vengeance: one against a boar on the island who has been rampaging through his stuff, and one against a man in Sydney who is allegedly responsible for ruining his life. In the process, he crosses paths with friends and foes, makes some new drinking buddies, and maybe even earns a few rare MVP points in the process.

“Outlaws” was directed by Jack Bender and written by Drew Goddard. It originally aired on February 16, 2005.

The 23 Points Character Tracker, as of “Outlaws” …