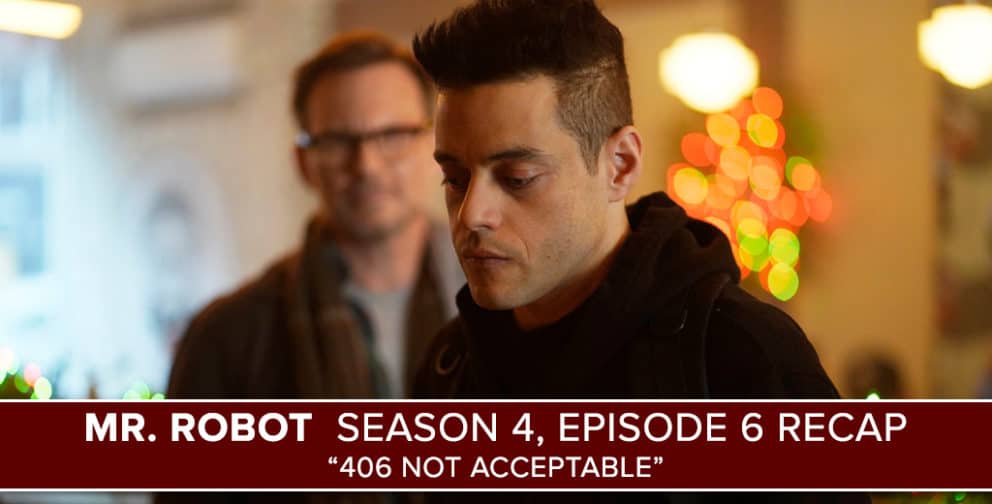 Josh Wigler (@roundhoward) and Antonio Mazzaro (@acmazzaro) bring their baseball bats to the podcast (but not their “Little B” hats) as they discuss the latest round of Mr. Robot.

In “406 Not Acceptable,” Elliot Alderson (Rami Malek) crosses an uncrossable line by drugging a woman as a means of blackmailing her into helping target the Dark Army. What’s the cost of one life in service of taking down the biggest shadow conspiracy in modern human history? It’s the question on Elliot’s mind as he undertakes the action, and your answer and his may differ entirely.

Elsewhere in the episode, Fernando Vera (Elliot Villar) steps further out of the shadows and into the light as he tries to turn Krista (Gloria Reuben) into a weapon. His goal: break Elliot, and use him to conquer New York City. The end of the episode strongly indicates an imminent meeting of the minds between Elliot and Vera, their first showdown following the prison break and the subsequent death of Shayla (Frankie Shaw).