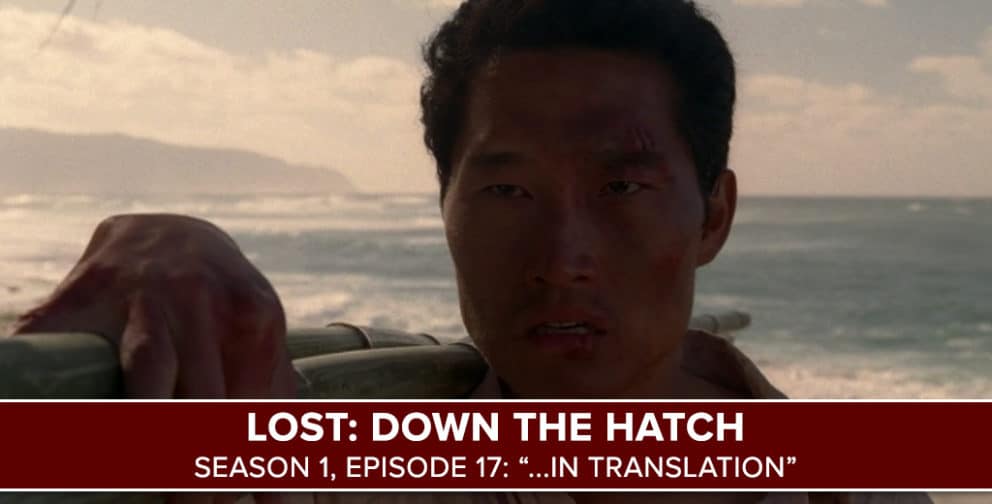 Josh Wigler (@roundhoward) and Mike Bloom (@AMikeBloomType) didn’t start the fire, but they’re hopping into the blaze anyway with their recap of the first (and, apparently, only) solo Jin Kwon flashback episode, “…In Translation.”

In “…In Translation,” Daniel Dae Kim steps into the spotlight to reveal new sides of Jin, up to this point depicted as a ruthless outsider, here revealed as a deeply misunderstood and damaged individual. Josh and Mike talk about how Jin’s story unfolds, and they also make a meal out of the episode title’s ellipsis.

“…In Translation” was directed by Tucker Gates and written by Javier Grillo-Marxuach and Leonard Dick. It originally aired on February 23, 2005.

The 23 Points Character Tracker, as of “…In Translation” …