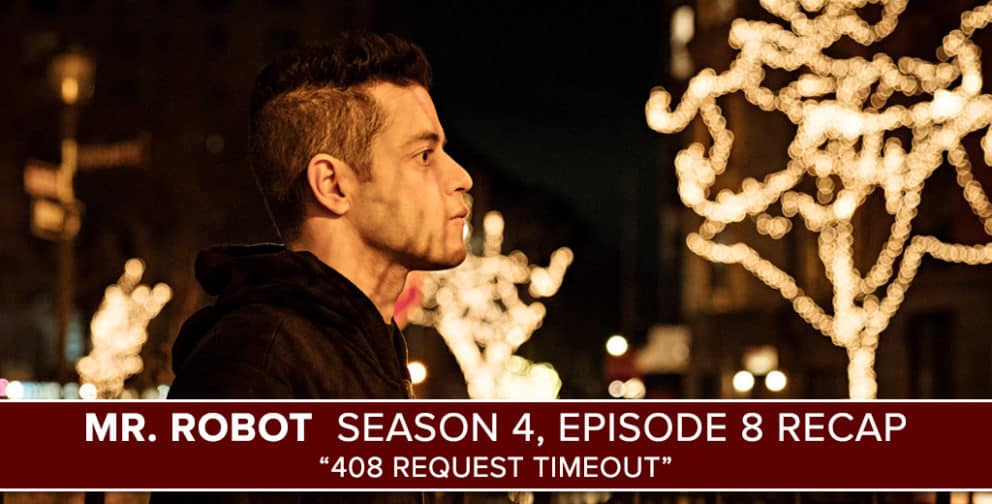 Josh Wigler (@roundhoward) and Antonio Mazzaro (@acmazzaro) do their best to find the key to unlocking the latest hour of Sam Esmail’s Mr. Robot, “408 Request Timeout.”

Following on the heels of the devastating, groundbreaking “407 Proxy Authentication Required,” Josh and Antonio move forward into “408 Request Timeout,” an episode that lives up to its title: Elliot (Rami Malek) takes the time to confront the severity of what he’s just learned about his past, while the rest of the action centers on Darlene (Carly Chaikin), Dom (Grace Gummer) and Janice (Ashlie Atkinson). It does not work out so well for all of them — some worse than others.