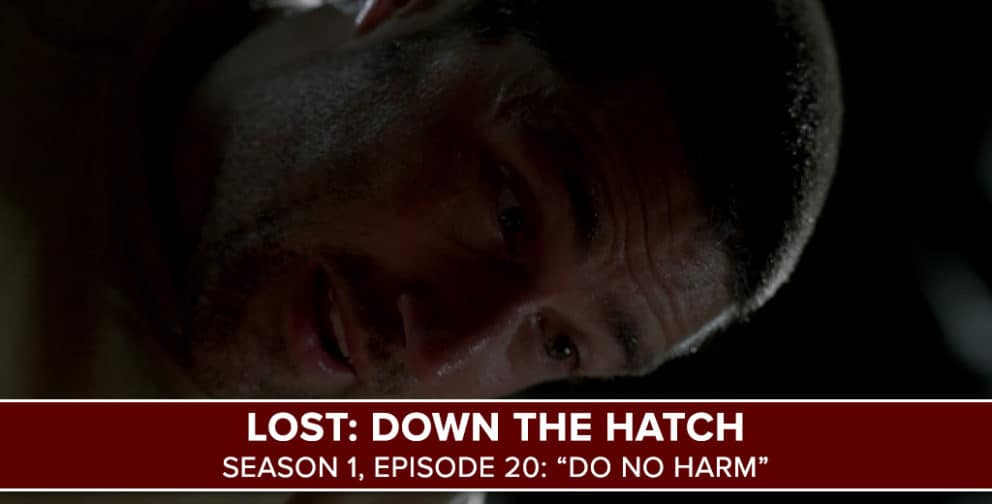 Josh Wigler (@roundhoward) and Mike Bloom (@AMikeBloomType) are here to fix you … up another serving of Down the Hatch, that is!

In “Do No Harm,” Jack Shephard (Matthew Fox) scrubs in to save Boone Carlisle (Ian Somerhalder) from certain doom. Deeper in the jungle, Kate Austen (Evangeline Lilly) is tasked with helping Claire Littleton (Emilie de Ravin) through unexpected labor. Sayid (Naveen Andrews) and Shannon (Maggie Grace) are off on a date of their own, while Locke (Terry O’Quinn) is nowhere to be seen. The stakes are high as they have ever been, and the result is one of the most underrated episodes in Lost lore.

“Do No Harm” was directed by Stephen Williams and written by Janet Tamaro. It first aired April 6, 2005.