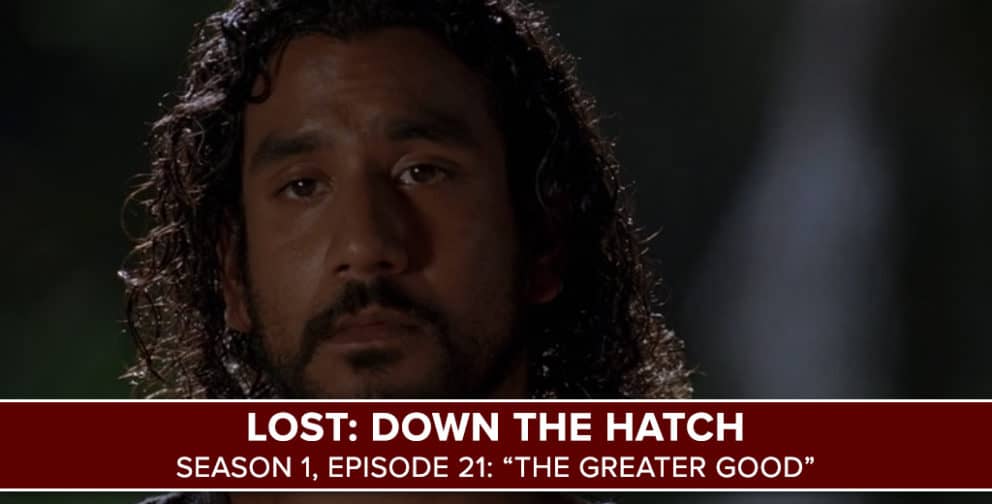 Josh Wigler (@roundhoward) and Mike Bloom (@AMikeBloomType) did not know Boone, but they are going to eulogize him anyway — and my, are they inappropriately dressed for a funeral!

In “The Greater Good,” Jack (Matthew Fox) and John Locke (Terry O’Quinn) begin their famous rivalry with a blow-out fight at Boone’s funeral. In the middle of it all: Sayid (Naveen Andrews), who Shannon (Maggie Grace) enlists to interrogate Locke and punish the man — a directive Shannon takes into her own hands when Sayid’s results are significantly less than satisfying.

“The Greater Good” was directed by David Grossman and written by Leonard Dick. It first aired May 4, 2005.

The 23 Points Character Tracker, as of “The Greater Good” …

The 4.2 Star Episode Rankings, as of “The Greater Good” …