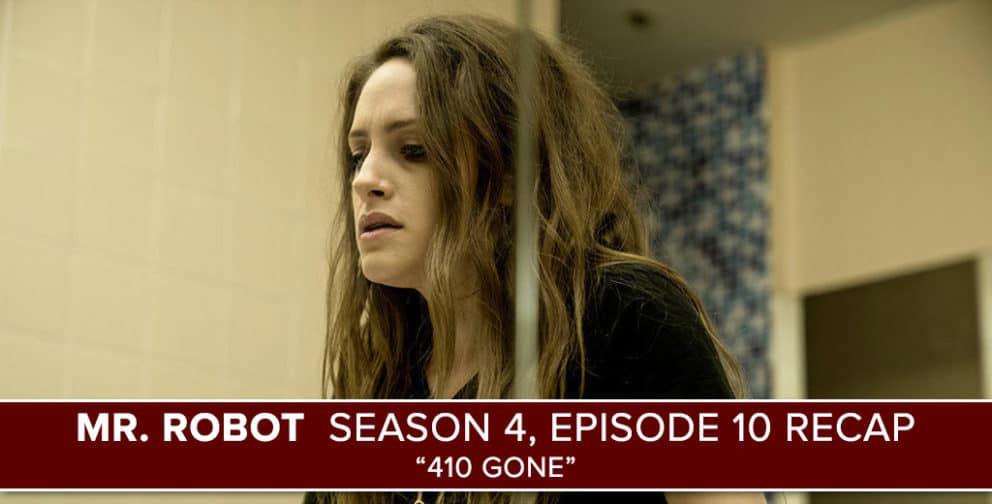 Josh Wigler (@roundhoward) and Antonio Mazzaro (@acmazzaro) pull over into the nearest rest station, because they’re in the middle of a Code Red emergency, to discuss “410 Gone.”

This week, the Mr. Robot podcast duo tackles “410 Gone,” which focuses almost entirely on Carly Chaikin’s Darlene Alderson and Grace Gummer’s Dom DiPierro. A tense road trip toward Budapest, Mr. Robot effectively signs off on Dom and quite possibly Darlene as well — unless that’s not at all what just happened! In the podcast, Josh and Antonio cover the possibilities, and look ahead toward the final three hours of the series.