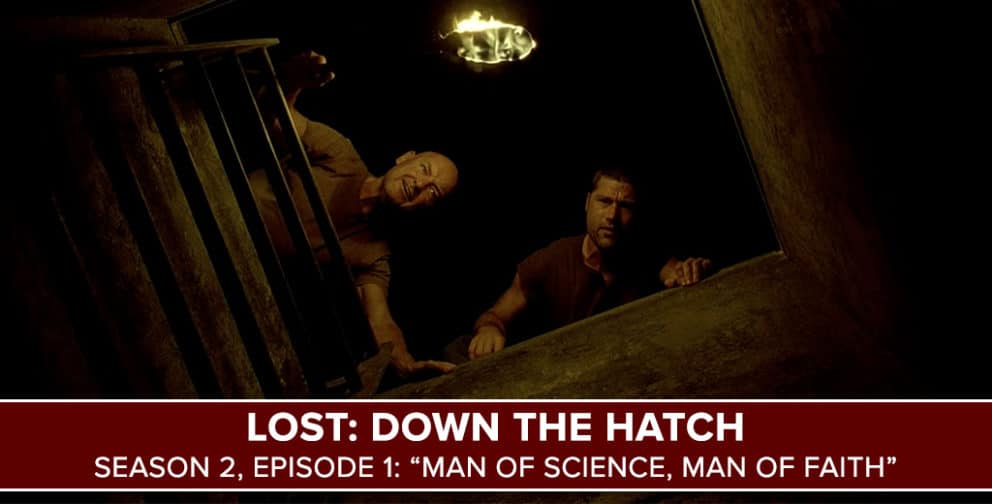 Josh Wigler (@roundhoward), Mike Bloom (@AMikeBloomType) and Shrek the ogre embark on a discussion of the LOST season two premiere.

In “Man of Science, Man of Faith,” Jack (Matthew Fox) witnesses a miracle in the past and one in the present, as he comes face to face with someone from a long time ago: Desmond David Hume (Henry Ian Cusick).

“Man of Science, Man of Faith” was written by Damon Lindelof and directed by Jack Bender. It first aired September 21, 2005