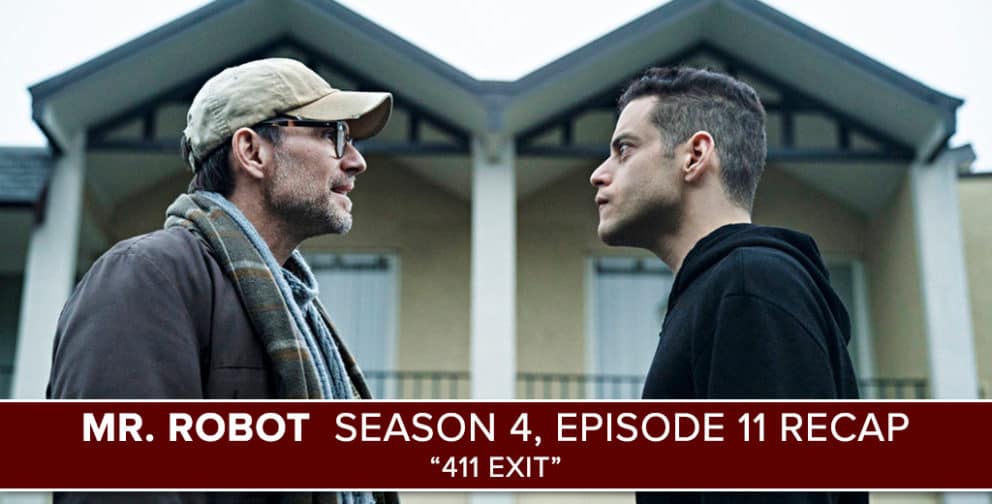 Josh Wigler (@roundhoward) and Antonio Mazzaro (@acmazzaro) team together to ask the tough questions, starting with the big one: “Who are you?”

In their recap of “411 eXit,” Josh and Antonio plunge into the depths of the Washington Township power plant alongside Elliot (Rami Malek). The result: well… hard to spill the result without spoiling one of the strangest episodes of Sam Esmail’s USA Network thriller, which is saying something! Needless to say, a lot of shenanigans ensue. Watch the episode first, then listen in on the podcast, or else run the risk of so many spoilers.

Josh and Antonio will return later in the week to answer listener feedback and also provide a preview of the series finale.