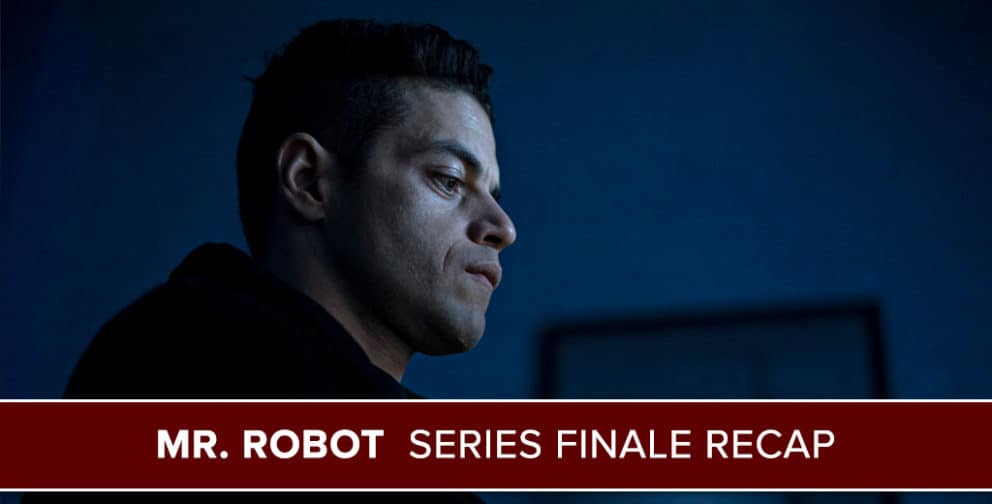 Josh Wigler (@roundhoward) and Antonio Mazzaro (@acmazzaro) are here with their recap of the final episode of Mr. Robot. That’s right, the final episode, the series finale, the end of the line. Show’s over, folks!

In the first of their two final Mr. Robot podcasts, Josh and Antonio deliver their initial reactions to the two-hour series finale, written and directed by Sam Esmail. Obviously, saying anything more here is saying way too much. If you have not yet seen the episode, do yourself a favor and watch it, then hear what Josh and Antonio have to say about it.

Josh and Antonio will return for one more podcast covering feedback and final thoughts on all things Mr. Robot. Send your feedback to [email protected].