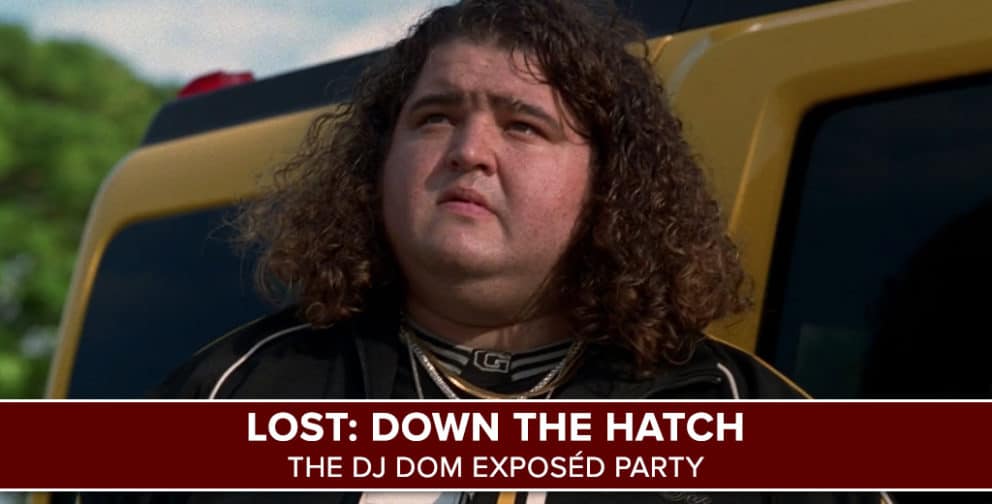 LOST: Down the Hatch | The DJ Dom Exposéd Party

Josh Wigler (@roundhoward) and Mike Bloom (@AMikeBloomType) came into this podcast with one big question, and now they are leaving with answers — as well as a great new friend of the podcast.

Welcome to The DJ DOM Exposéd Party, in which Josh and Mike are joined by Down the Hatch listener Marc Douglas (@Marc_Douglas) to get to the bottom of one of the great unsolved LOST mysteries: who wrote “Drinks on Me,” the song Hurley (Jorge Garcia) listens to in “Numbers,” the same song that has haunted the podcast ever since? The answer stands revealed as a fourth entity enters the scene, leading to a surprising conversation about the man behind the song both in reality and in the LOST universe. Needless to say, ridiculousness lies herein.