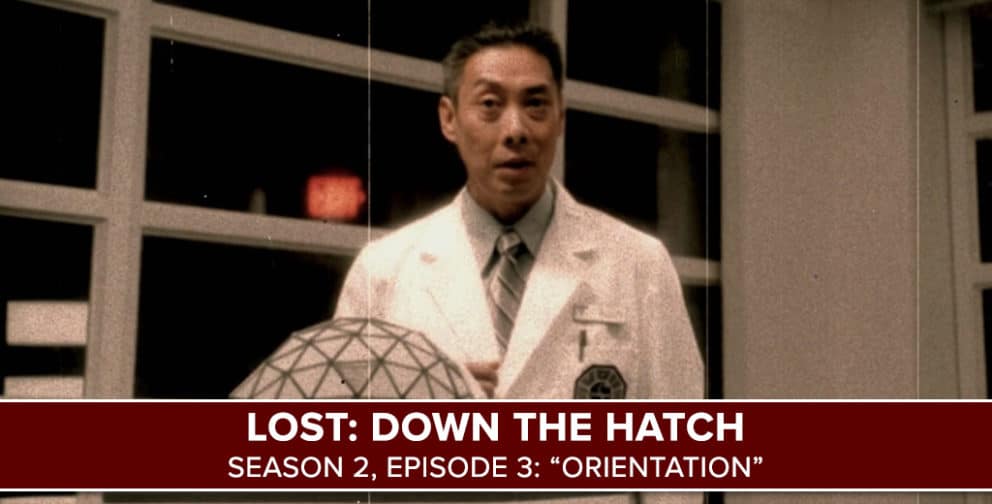 Josh Wigler (@roundhoward) and Mike Bloom (@AMikeBloomType) are here to help you watch that again.

“Orientation” was directed by Jack Bender and written by Javier Grillo-Marxuach and Craig Wright. It originally aired on October 5, 2005.