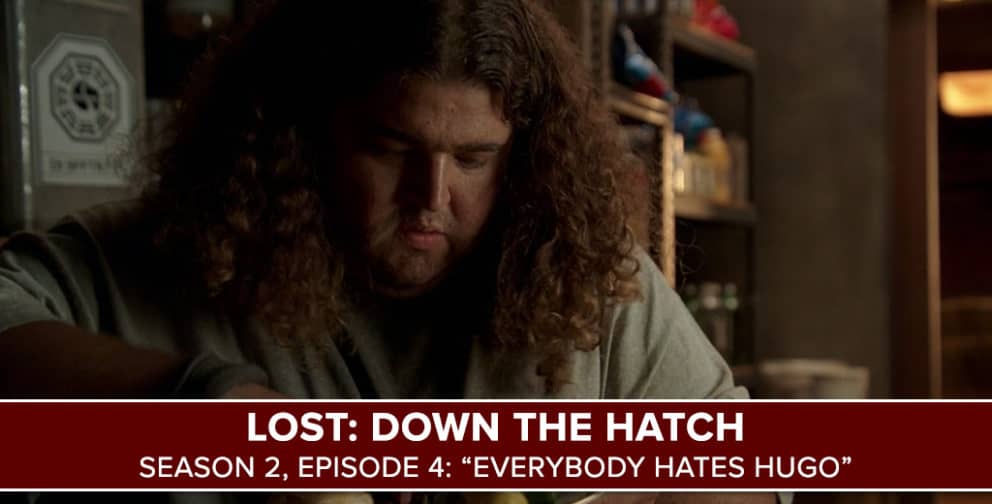 LOST: Down the Hatch | Season 2, Episode 4: “Everybody Hates Hugo”

Josh Wigler (@roundhoward) and Mike Bloom (@AMikeBloomType) are in charge of the pantry. God save us all.

In their recap of “Everybody Hates Hugo,” Josh and Mike have a clucking good time talking about the second ever flashback episode for one Hugo “Hurley” Reyes (Jorge Garcia). Their discussion covers the immediate aftermath of Hurley’s lotto win, his on-island dilemma with the Swan Station’s food supply, and much more.

“Everybody Hates Hugo” was directed by Alan Taylor and written by Eddie Kitsis and Adam Horowitz. It originally aired on October 12, 2005.