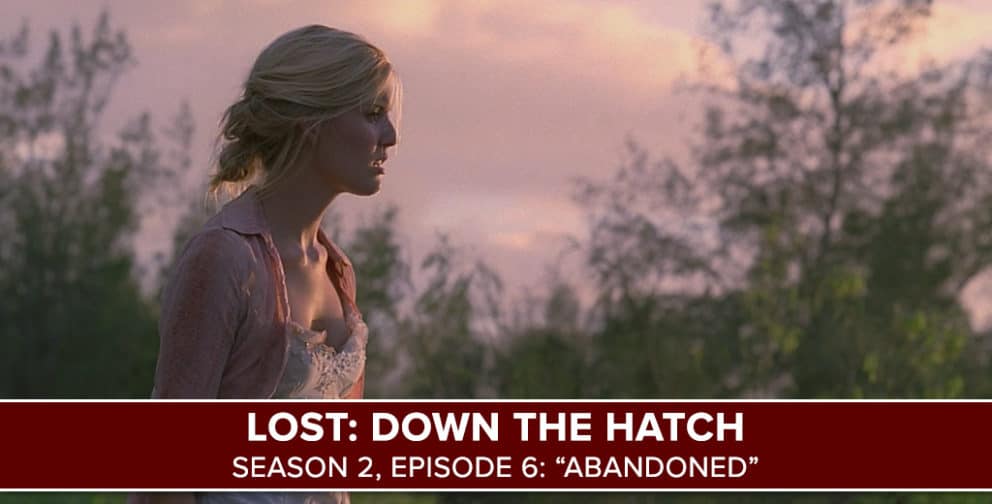 Josh Wigler (@roundhoward) and Mike Bloom (@AMikeBloomType) are thirsty dog, and the only cure is an ill-fated trek through the rainy jungle.

In their recap of “Abandoned,” Josh and Mike take one last opportunity to say goodbye to a series regular: Shannon Rutherford (Maggie Grace), killed off in her first and only flashback episode. Does the episode succeed in its mission to show new sides of Shannon, or is it too little too late? Josh and Mike weigh in on all of that and more.

“Abandoned” was directed by Adam Davidson and written by Elizabeth Sarnoff. It originally aired on October 19, 2005.