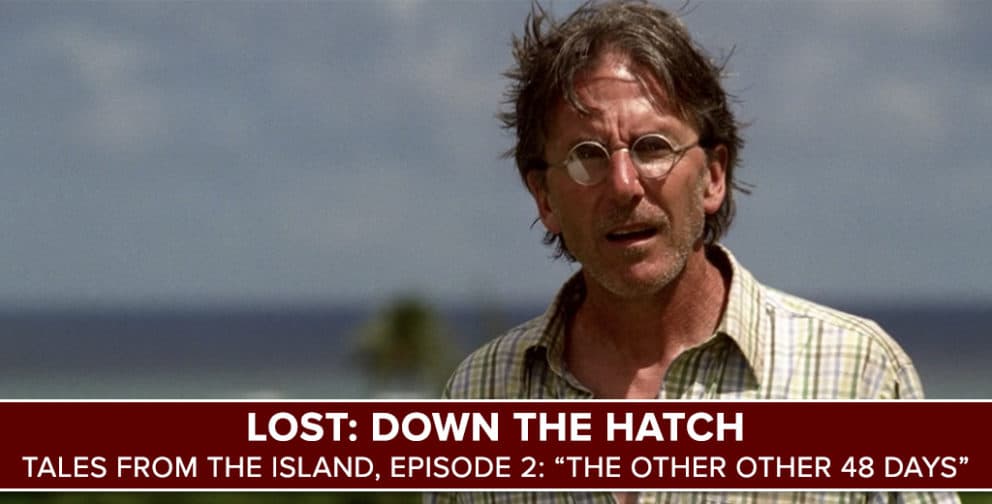 LOST: Down the Hatch | Tales from the Island, Episode 2: “The Other Other 48 Days”

Josh Wigler (@roundhoward) and Mike Bloom (@AMikeBloomType) resume their roles of Billy Wallace and Rodney Cesteau, two background Oceanic 815 survivors (not to mention murderous narcissists) in the second episode of LOST Down the Hatch Presents: Tales From The Island, “The Other Other 48 Days.”

Over the course of Down the Hatch, Josh and Mike will periodically transform the podcast into a full-on tabletop roleplaying game, ala Dungeons and Dragons. The mystical and mysterious R Filly (@Wharfrat1625) joins them in the role of dungeon master, presiding over Josh and Mike’s myriad misadventures and playing the roles of various non-playable characters in this full-on fan-fiction flurry of events from LOST.

In “The Other Other 48 Days,” Rich guides Josh’s Billy and Mike’s Rodney through more than a month’s worth of events from the island, as the Bulk and Skull of LOST link up with new pals, make new enemies, play golf, and casually murder a couple of folks. Good times!It’s yet another fully ridiculous installment of Post Show Recaps Theater, which — it bears noting — is outright fan fiction, and probably not for everyone. If it’s not your cup of tea, move right along to the next recap episode! If you’re a fan, however, Josh, Mike and Rich will resume Tales from the Island at an unknown point in the future. As always, send feedback to [email protected]com.