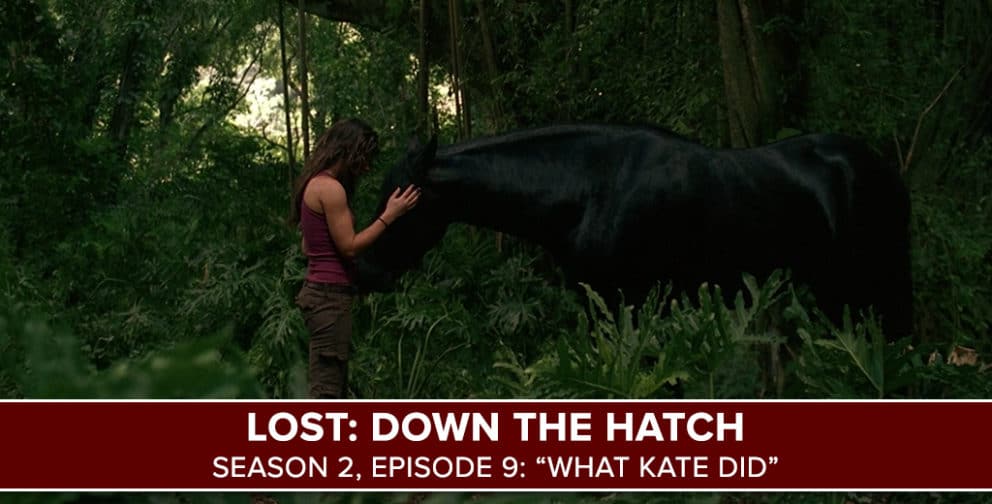 Josh Wigler (@roundhoward) and Mike Bloom (@AMikeBloomType) get on their high horses to judge “What Kate Did.”

In “What Kate Did,” the audience finally learns what Kate did! SHE VOTED OUT HER MOM! Sorry, read that wrong, SHE EXPLODED HER DAD! Also, she sees a horse on the island, and Josh and Mike can’t get enough of the horse. All that and much more in a typically ridiculous installment of the DOWN THE HATCH podcast.